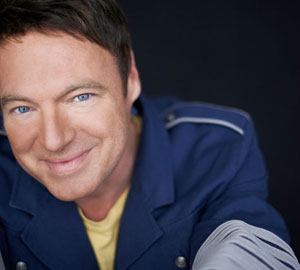 For the past 26 years, Jeff Slaughter has been laughing singing, dancing and worshiping with kids! His heart’s desire is to equip them with God’s word through music and to help them discover what a passionate relationship with Jesus is all about.

Having grown up in Greenwood, Mississippi, he first attended Mississippi State University, then transferred to Nashville to attend Belmont University where he received his Bachelor’s degree in Commercial Music/Composition and Arranging Emphasis. Upon graduating, he signed with StarSong Publishing and his first radio single, “One More Broken Heart” became a #1 hit for the group Point of Grace.

More than 46 million children have sung Slaughter’s songs over the years, according to Jerry Wooley, VBS Ministry Specialist at LifeWay Christian Resources.

During his career, Slaughter has toured throughout the U.S., Europe, Australia, Central America, Canada, Asia and Africa. He has also had the opportunity to be involved in the country music arena as well. He has toured with artists such as Faith Hill, Kenny Rogers, Loretta Lynn, Conway Twitty and Suzy Boggus.

“I love to help kids understand what a miracle it is that God made our voices to sing! The Bible doesn’t say sing if you’re a great singer, or if you like the song…it just says SING,” says Slaughter. “We tend to take things like that for granted, but when the children of Israel went into battle, they put the worshippers on the front line because they knew that if they entered into the battle with praise, they were going to win! What a powerful truth the Lord shows us through that example! When we choose to sing praise in the middle our own battles, we win! I have learned that lesson throughout my life and I want to do all I can to pass that on to this generation!”

You can check out Jeff’s new project “Under God,” a 14 song collection produced by brothers, Preston and Spencer Dalton. it is available for download here and on iTunes.